Crikey, where did August go?!  I haven't posted here for a few weeks - got overtaken with things for work and away from home, but visited the Woods last weekend and took a few photos of the first bluebells flowering - I'll go again this weekend and expect that there will be a spreading blue carpet just over the few days since... 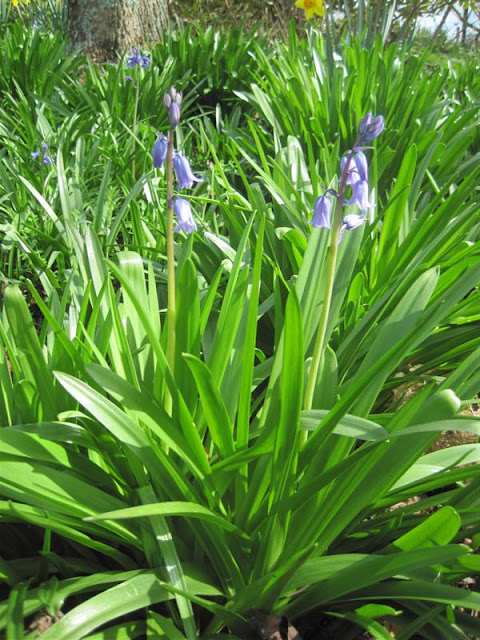 Did you know bluebells are part of the asparagus family ?
From BBC Nature :  Asparagus, bluebells and their relatives are a large and very diverse family of flowering plants, containing many genera and thousands of species. Members in this family can be found from the arid deserts of Mexico to damp British woodlands. The plants in this family range from the edible, such as the vegetable asparagus, to popular ornamentals such as the yucca and aspidistra. The large succulent Agave and the more delicate English bluebell are also included.